How to Implement 5 Whys Root Cause Analysis in Manufacturing

One of the easiest ways to explain why you should implement 5 whys root cause analysis problem solving at your plant is simple: the cause of the problem is often (we’d go so far to say almost always) different that initially speculated. Implementing a lean strategy like 5 whys can save you time and headaches in the future.

Issues with and failures of assets are bound to happen in process manufacturing. Your team’s strategy for resolving problems that occur will determine your productivity in countless ways. Getting a process set up for resolving problems will not only help with the current issues and failures but will create a plan to resolve future problems with the goal of each resolution coming faster and easier. 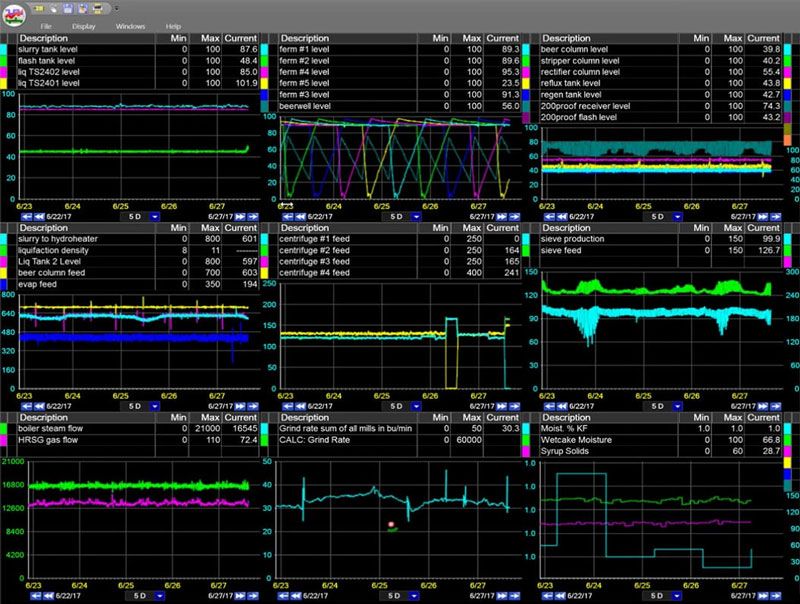 What Exactly are the 5 Whys?

The 5 whys is a lean problem- solving strategy that is popular in many industries. Using lean methodology, the 5 whys were developed by Sakichi Toyoda, a Japanese inventor and industrialist. The 5 whys focus on root cause analysis (RCA) and is defined as a systematic process for identifying the origins of problems and determining an approach for responding to and solving them. 5 whys focuses on prevention or being proactive rather than being reactive.

5 whys strives to be analytical and strategic about getting to the bottom of asset failures and issues, it is a holistic approach that is used by stepping back and looking at both the process and the big picture. The essence of 5 whys is revealed in the quote below where something as small as a nail in a horse’s shoe being lost was the root cause of a war being lost:

One of the key factors for successful implementation of the 5 whys technique is to make an informed decision. This means that the decision-making process should be based on an insightful understanding of what is happening on the plant floor. Hunches and guesses are not adequate as they are the equivalent of a band-aid solution.

The 5 whys can help you identify the root cause of process issues at your plant.

As seen in the example above, the real problem was not in fact computer memory, but a shortage in human assets. Without performing this exercise, the person may never have gotten to the place where they knew they were short staffed and needed help.

This example can be used to illustrate problems in a plant as well. Maybe an asset is having repeated failures or lab data is not testing accurately. Rather than immediately concluding that the problem is entirely mechanical, use the 5 whys method and you may discover that your problem is not what you think.

Advantages and Disadvantages of the 5 Whys Method

Advantages are easily identified by such outcomes such as being able to identify the root cause of your problem and not just the symptoms. It is simple and easy to use and implement, and perhaps the most attractive advantage is that it helps you avoid taking immediate action without first identifying the real root cause of the problem. Taking immediate action on a path that is not accurate is a waste of precious time and resources.

Disadvantages are that some people may disagree with the different answers that come up for the cause of the problem. It is also only as good as the collective knowledge of the people using it and if time and diligence is not applied, you may not uncover and address the true root cause of the problem.

5 Whys Root Cause Analysis Implementation at your Plant

Now that the problem in its essence has been revealed, what are the next steps?

Get Familiar with the 5 Whys Concept

The first step in implementing the 5 whys at your plant is to get familiar with the concept. You may research the 5 whys methodology online or listen to tutorials to gain a deeper understanding. In the information age, we have access to plenty of free information at the touch of our screens. Get acquainted with 5 whys. Even if it is just one video on YouTube and a few articles online, a better understanding means a better implementation.

Schedule a 5 Whys Meeting with Your Team

The second step would be to solve a problem at your plant using the 5 whys method. To do so, follow the steps below to schedule and hold a 5 whys RCA meeting.

These steps are simple to give you a basic understanding. To gain greater understanding in detail on how to implement 5 whys RCA, read on for in depth instructions.

In other words, the root cause analysis process should include people with practical experience. Logically, they can give you the most valuable information regarding any problem that appears in their area of expertise.

What’s Next? What Happens Once I have Held my 5 Whys meeting?

Once your meeting has been held and you begin to implement the 5 whys method, it is essential to remember that some failures can cascade into other failures, creating a greater need for root cause analysis to fully understand the sequence of cause and failure events.

Root Cause Analysis using the 5 whys method typically has 3 goals:

The Six Phases of 5 Whys Root Cause Analysis

Digging even deeper, when 5 whys root cause analysis is performed, there are six phases in one cycle. The components of asset failure may include environment, people, equipment, materials, and procedure. Before you carry out 5 whys RCA, you should decide which problems are immediate candidates for this analysis. Just a few examples of where root cause analysis is used include major accidents, everyday incidents, human errors, and manufacturing mistakes. Those that result in the highest costs to resolve, most downtime, or threats to safety will rise to the top of the list. 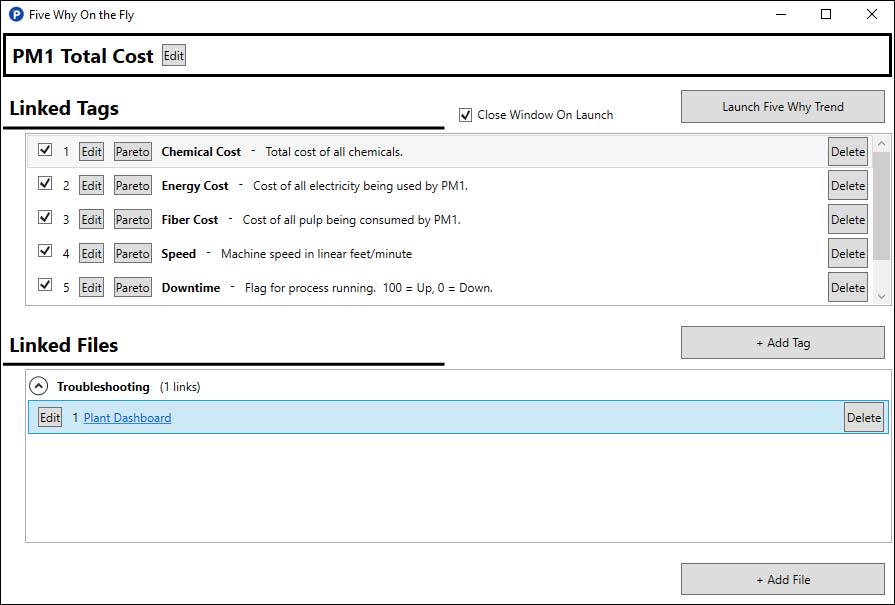 There are some software-based 5 whys analysis tools out there, like dataPARC’s PARCview, which automatically identifies potential the 5 top culprits of a process issue & links to trend data for deeper root cause analysis.

Phase 1: Make an Exhaustive List of Every Possible Cause

The first thing to do in 5 whys is to list every potential cause leading up to a problem or event. At the same time, brainstorm everything that could possibly be related to the problem. In doing these steps you can create a history of what might have gone wrong and when.

You must remain neutral and focus only on the facts of the situation. Emotions and defensiveness must be minimized to have an effective list that you can start with. Stay neutral, open. Talk with people and look at records, logs and other fact keeping resources. Try to replay and reconstruct what you think happened when the problem occurred.

Phase 2 is the time when you get your hands on any possible data or files that can lead to the possible causes of your problem. Sources for this data may be databases, digital handwritten or printed files. In this phase the 5 whys list of at least 5 reasons comes into play and needs backup for each outcome or reason why that came up on your list.

Phase 3: Identify What Contributed to the Problem

In Phase 3 all contributions to the problem are identified. List changes and events in the asset’s history. Evidence around the changes can be very helpful so gather this as you are able. Evidence can be broken down into four categories: paper, people, recording and physical evidence. Examples include paperwork specific to an activity, broken parts of the assets and video footage if you have it. 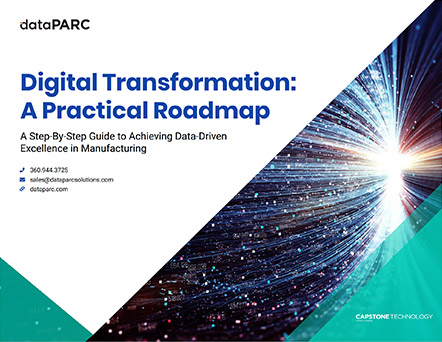 Phase 4: Collect Data and Analyze It

A contributing factor is an event or condition that directly led to the problem, in full or in part. This should help you arrive at one or more one root causes. When the root cause has been identified, more questions can be asked. Why are you certain that this is the root cause instead of something else?

The fifth phase of 5 whys Root Cause Analysis is to preventing future breakdowns by creating a custom plan that includes countermeasures, which essentially address each of the 5 whys you identified in your team meeting. Preventive actions should also be identified. Your actions should not only prevent the problem from happening again, but other problems should not be caused because of it. Ideally a solid solution is one that is repeatable and can be used on other problems.

One of the most important things to determine is how the root cause of the problem can be eliminated. Root causes will of course vary just as much as people and assets do. Examples of eliminating the root cause of the issue are changes to the preventive maintenance improved operator training, new signage or HMI controls, or a change of parts or part suppliers.

In addition, be sure to identify any cost associated with the plan. How much was lost because of the problem, and how much it is going to cost to implement it.

To avoid and predict the potential for future problems, you should ask the team a few questions.

Phase 6 – Implementation of your Plan

If you make it to this step, you have successfully completed 5 whys root cause analysis and have a solid plan.

Depending on the type, severity, and complexity of the problem and the plan to prevent it from happening again, there are several factors the team needs to think about before implementation occurs. These can include the people in charge of the assets, asset condition and status, processes related to the maintenance of the assets, and any people or processes outside of asset maintenance that have an impact on the identified problem. You would be surprised how much is involved with just one asset when you exhaustively think about it and make a list of all people and actions involved during its useful life.

Implementing your plan should be well organized and orchestrated as well as documented. Follow up meetings with your team should be scheduled to talk about what went well, and what could be improved upon. With time, 5 whys can become an effective tool to both solving and preventing future problems at your plant. 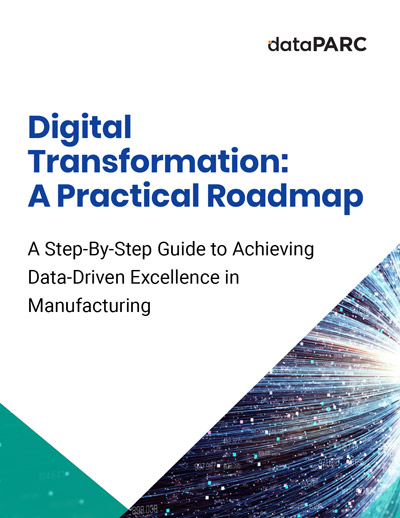 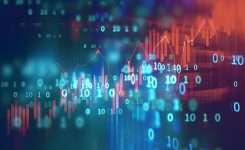 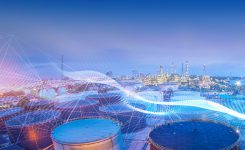 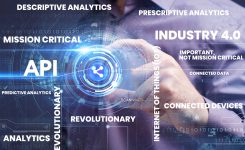 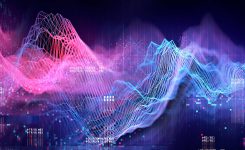 Soft Sensors In The Process Industry 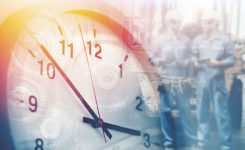 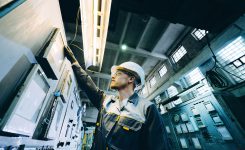 15 Manufacturing Acronyms You Should Already ... 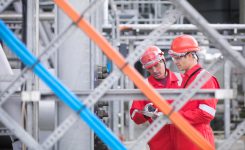 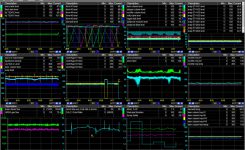